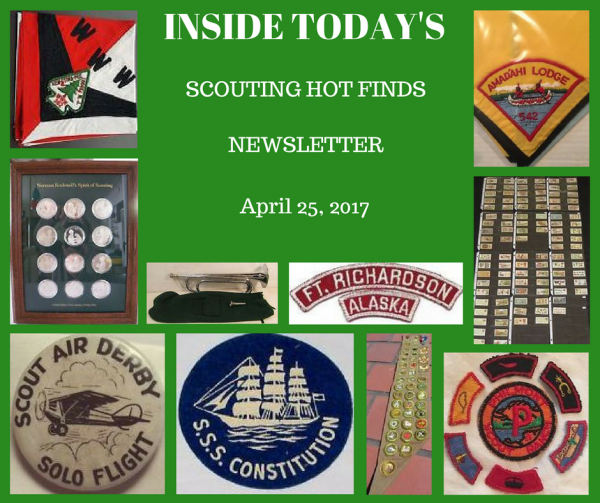 Pack 33 has a camping trip this weekend at Camp Bud Shiele up in the piedmont of North Carolina. it’s also the same weekend as the SR5 Dixie Fellowship hosted by Muscogee Lodge at Camp Barstow. For a while I was going to try and split the difference but my conscious got the better of me and on Friday I’ll be driving north to the mountains instead of south to Lake Murray.

It helps that I got my patch trading fix at the NC Cardinal Conclave. That was my solo trip to go handgout with the guys and enjoy a weekend away. So instead of trading patches my weekend will involve kickball, slingshots, tye die t-shirts, hiking, a campfire with skits and songs and dutch oven desserts. It doesn’t sound like too bad of a trade actually.

This is a picture of a Boy Scout stampede as described to me by Stuart Tucker. The Jamboree contingent was having a shakedown weekend and after one of the Asst. SMs did a session on patch trading these boys dove into a footlocker worth of patches that donated. I was glad to help plant a little patch trading bug. I’m sharing this because those of us in the hobby that have contacts in the council need to organize a similar patch trading talk for all the Scouts headed to the Summit this summer!

I am back on the auction bandwagon with more than a hundred running right now including many linked in below. Hopefully I’ll get some more put up over the next several days.

CLICK HERE TO OPEN THE APRIL 25, 2017 ISSUE OF THE SCOUTING HOT FINDS NEWSLETTER