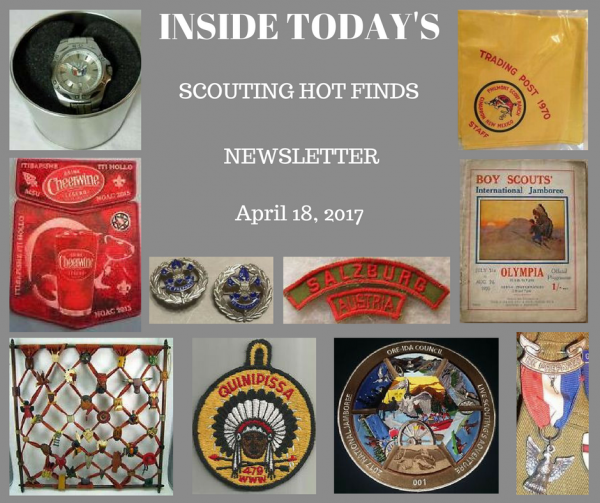 I am still sorta surprised that I actually killed off one of my core sites ScoutingHotFinds.com in order to make this happen. But in Boy Scout terms I think we would call say that website was superceded. It was merged with another and it’s name has been retired. Not the Hot Finds “brand” that I built in 2009 but the stand alone website is no more.

Now that all of my content is on ScoutPatchCollectors.com it boasts over 1,000 unique posts. I’m not claiming its an encyclopedia for the hobby but it’s everything that I’ve done on the web over the last 10+ years. I’ve got a few projects that are still stand alone like CarolinaOA.com but that’s more of a community project rather than something I built alone.

The CarolinaOA blind trade was a success. Despite the quick turnaround time I had 11 collectors take part and swapped out 415 patches from that narrow band of OA lodges. All the packages went out in the mail yesterday and the guys will have their new cloth in time for this weekend’s SR-7B Cardinal Conclave and the following weekend for the SR-5 Dixie Fellowship.

This weekend I’ll be in the woods with my brothers. I’ve got the babysitter booked so I can get on the road early Friday and drive up to beautiful Camp Raven Knob for the Cardinal Conclave. This is the largest conclave in the country with typically 1200-1500 Arrowmen in attendance. I’m a delegate with Klahican Lodge 331 and will get to see many of my friends from southeastern NC that I made before we moved.

CLICK HERE TO OPEN THE APRIL 18, 2017 ISSUE OF THE SCOUTING HOT FINDS NEWSLETTER